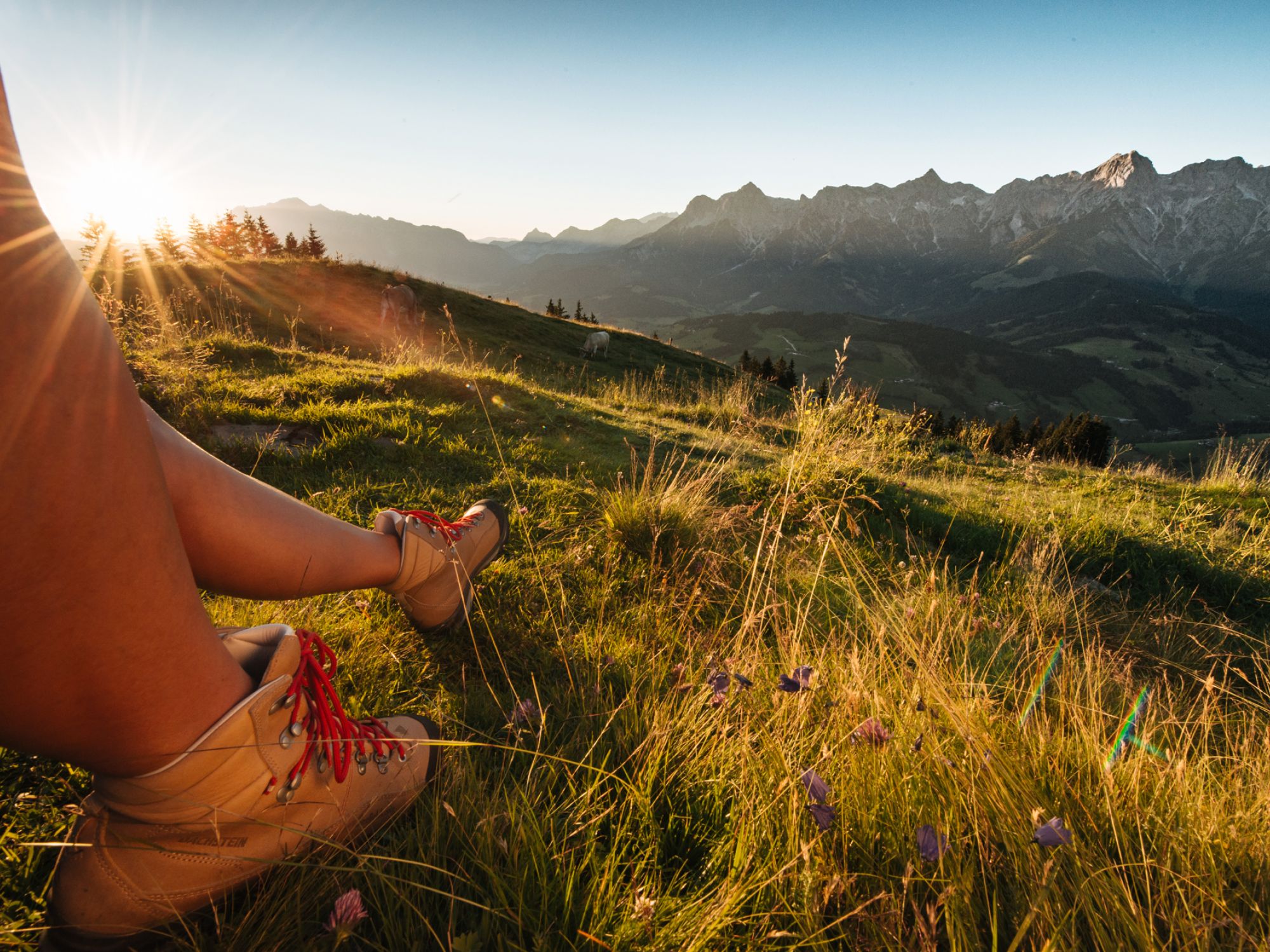 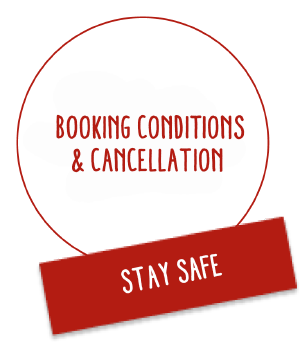 The Hochkönig region in the summer

A mountain with many faces

With its 2,941 metres, the Hochkönig is one of the highest peaks in Salzburger Land and one of the geographically most prominent mountains in the Alps. The mountain range rises impressively and unmistakeably as the highest massif in the Berchtesgaden Alps. At its feet, three villages make up the Hochkönig region: Dienten, Maria Alm and Mühlbach. They can be wonderfully combined with each other not just on hiking tours in the summer but also when skiing in the winter.

His Majesty, the Hochkönig

The Hochkönig is impressive from every perspective: From one side it presents itself as an even, peaceful ridge and famous postcard motif, from the other side rugged and eroded – simply awe-inspiring, as befits a king. As in the rest of the Berchtesgaden Alps too, the Hochkönig's base is made out of a brittle Ramsau Dolomite formation.

By contrast, stronger Dachstein limestone is predominant in the peak area. Copper mining was practised at the foot of the Hochkönig, on the Mitterberg in the holiday village of Mühlbach, since the Neolithic period. Even though the mine was shut down in 1977, it is definitely worth visiting the mining museum and former tunnel. Iron ore was also mined in Dienten until 1960.

The Hochkönig summit plateau has a glacier that descends to roughly 2,600 to 2,700 metres and is well-known by legend: the Übergossene Alm. The legend goes that there is once supposed to have been blossoming mountain pasture in the area of today's glacier plateau, where inhabitants lived in haughty exuberance until punishment from the heavens poured over the mountain pasture in the form of an eternal layer of ice.

The Hochkönig was first conquered by a tourist in 1826 by the theology professor Peter Carl Thurwieser. He ascended via the normal route today through the Ochsenkar from Arthurhaus from Mühlbach on the Hochkönig, which is the easiest version. At the top on the peak at 2,941 metres there is one of the highest situated mountain refuges in the Eastern Alps, the Matrashaus.

An active summer in Dienten on the Hochkönig

Thanks to its grippy limestone and unique topography, the Hochkönig is a climbing paradise par excellence, which need not fear comparison with the utopian climbing sport resorts like Chamonix in France. You can see the Hochkönig from a bit further away while hiking or cycling in your holiday region in Salzburger Land. However, you can also always find a little spot on the Hochkönig surrounded by peaceful to just indulge and relax, for example at the 50 mountain farms and huts offering refreshments.

Discover the full beauty of the alpine nature that is revealed to you during the warm months on the Hochkönig. Send a non-binding enquiry to the Hotel Mitterwirt in Dienten for your holiday in the summery Hochkönig region today!